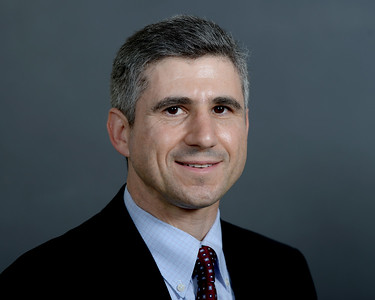 Professor Samuel J. Levine joined the Touro Law Center faculty in 2010 as Professor of Law and Director of the Jewish Law Institute. He previously served as Professor of Law at Pepperdine University School of Law, and he has served as the Beznos Distinguished Professor at Michigan State University College of Law. He has published two books and more than sixty law review articles and book chapters, and he has lectured throughout the United States on Legal Ethics, Jewish Law, Criminal Law, Law and Religion, Constitutional Law, and Disability Rights.

Professor Levine has been described in the pages of the Notre Dame Law Review as “one of the leading legal-ethics and professional-responsibility scholars of his generation,” and in 2016, he received the Sanford D. Levy Award from the New York State Bar Association's Committee on Professional Ethics, in recognition of his contributions to the field of legal ethics. He has been described by the Detroit Legal News as “one of the world’s foremost experts on the interplay of Jewish and American law.” In 2021, he received the Presidential Faculty Excellence in Scholarship Award from the Touro College and University System.

He is the author of Jewish Law and American Law: A Comparative Study (Two Volumes), and Was Yosef on the Spectrum? Understanding Joseph Through Torah, Midrash, and Classical Jewish Sources.

Professor Levine received a J.D. from Fordham Law School, graduating cum laude and Order of the Coif, an LL.M. from Columbia Law School, graduating with Highest Honors as a James Kent Scholar, and Rabbinical Ordination from Yeshiva University. He has served as an appellate prosecutor in the Brooklyn District Attorney’s Office, as a law clerk to United States District Court Judges Loretta A. Preska and David N. Edelstein in the Southern District of New York, and as an adjunct professor at Fordham Law School. He has also taught at St. John’s University School of Law and Bar-Ilan University Law School. He has appeared before a number of courts, including the United States Court of Appeals for the Second Circuit and the Supreme Court of the State of New York.

Professor Levine’s articles have been cited in judicial opinions in the United States and New Zealand, and in appellate briefs submitted to federal and state courts, including the Supreme Court of the United States.  His scholarship has appeared in textbooks and anthologies, has been included in course adoptions in the United States, Israel, and Denmark, and has been cited in more than six hundred articles and books by scholars in the United States, Israel, England, Canada, Ireland, Scotland, Australia, China, India, Germany, Austria, South Africa, Italy, Spain, Brazil, Belgium, Romania, Indonesia, South Korea, Denmark, Finland, Netherlands, Malaysia, Ethiopia, Singapore, Poland, United Arab Emirates, Philippines, Cyprus, and Iran.

Professor Levine was the organizer of several national conferences, including: the Conference of Religiously Affiliated Law Schools; the Conference on Religious Legal Theory; Louis D. Brandeis: An Interdisciplinary Retrospective; Benjamin N. Cardozo: Judge, Justice Scholar; The Life and Work of Robert M. Cover; Jewish Law and American Law: A Comparative Study; Jewish Law in Comparative Context; and Billy Joel and the Law, all hosted at Touro Law Center.  He was co-organizer of a number of additional conferences, including: The Law: Business or Profession?; Bob Dylan and the Law; and the Legal Ethics Shmooze, all hosted at Fordham Law School. He has also been co-organizer of the annual Criminal Justice Ethics Schmooze. He has organized many other programs and panels, including the Emerging Scholars’ Plenary Session at the Jewish Law Association Conference at Yale Law School. He has also organized a number of special law review issues, including the Symposium: Current Issues in Disability Rights Law, in Touro Law Review.

He has made presentations in connection with various other institutions and organizations throughout the United States, including, among others: the American Association of Jewish Lawyers and Judges; the American Association of Law Libraries; the American Society for Legal History; the Archdiocese of Los Angeles; the Association of American Law Schools; the Center for Ethics at Yeshiva University; Chabad; Gratz College; Hadassah; Hillel; the James Madison Program in American Ideals and Institutions; the Jewish Federation; the Jewish Law Association; the Jewish Learning Initiative on Campus; Makor/Steinhardt Center of the 92nd Street Y; MEOR; the Orthodox Union; Osher Lifetime Learning Institute; Spertus Institute of Jewish Studies; the Suffolk County Board of Rabbis; and the Woodward Avenue Shul. He has also spoken at conferences in Paris and Israel, and he has delivered online presentations to audiences around the world.