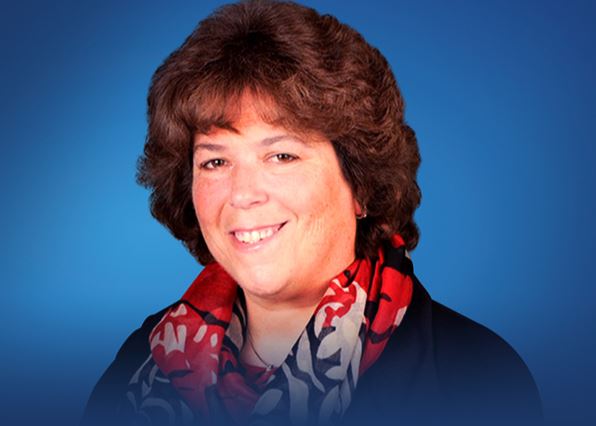 Provost and Law Professor Patricia E. Salkin was recently selected to receive an Honorary Membership in the International City/County Management Association (ICMA). The ICMA is the world’s leading association of professional city and county managers and other employees who serve local government. This recognition is bestowed on individuals outside the local government profession who have contributed to the improvement of local government. Individuals eligible for Honorary Membership include, but are not limited to, academic leaders, elected officials, and civic leaders.

Salkin, who teaches Land Use classes, stated, “I am humbled to have been selected for this honor. It was a wonderful surprise.”

Salkin joined the Touro Law community in 2012, serving as Dean and Professor of Law. She is a nationally recognized scholar on land use and zoning and the author of the popular blog Law of the Land. She is the author of more than 100 books, articles, chapters and columns on land use, federalism, local government and government ethics. Her books include: The 4-volume 4th edition of New York Zoning Law & Practice (1999-present); the 5-volume 5th edition of American Law of Zoning (2008-present); Land Use & Sustainable Development: Cases and Materials, 9th ed. (Thomson West) (with Nolon, Miller and Rosenbloom) (2017); Climate Change and Sustainable Development Law in a Nutshell (Thomson Reuters) (with Nolon) (2010); Land Use in a Nutshell , 2nd ed. (Thomson West) (with Nolon) (2017); The Greening of Local Governments (with Hirokawa, eds.) (ABA Press 2012); How to Try a Land Use Case, 3rd ed. (Thomson Reuters 2017) (with Delaney, Abrams, Schnidman and Tappendorf); Ethical Standards in the Public Sector, 2nd Ed. (ABA Press 2008) and the annual Zoning and Planning Law Handbook, ed. (Thomson Reuters).

She has served on the Board of Directors of the New York Planning Federation and has been active in land use reform efforts including membership on the Land Use Advisory Committee of the NYS Legislative Commission on Rural Resources, and for more than a decade, she chaired the amicus curiae committee of the American Planning Association. She is on the Editorial Advisory Board for The Urban Lawyer and has consulted on land use issues for many national organizations including the American Planning Association, the American Institute of Certified Planners, the National Academy for Public Administration and the National Governor’s Association.

Patricia Salkin has dedicated her career to advancing municipal land use study and the education of future local government professionals. She currently serves as the provost for graduate and professional divisions at Touro College in New York City. Before that, she served as dean and professor of law at the college’s Jacob D. Fuchsberg Law Center and in numerous capacities at Albany Law School, including director of the Government Law Center.

She has taught classroom and online courses on topics that include land use law, current legal issues in government, government ethics, introduction to Chinese law, housing law and policy, and New York State administrative law.

Provost Salkin received the New York Planning Federation’s first lifetime achievement award for her service to municipal legislatures, planning and zoning boards, and affected stakeholders. When she led the Government Law Center, she frequently convened state and municipal officials to address cutting-edge legal issues. The leadership of the New York Association of Towns, the New York Conference of Mayors, and the New York State Association of Counties all rely on her advice and counsel.

Provost Salkin is a prodigious author and speaker. She has written hundreds of articles and books on land use, zoning, and planning law; social media and local governments; climate change and sustainable development; and related topics She is a frequent collaborator and publishing partner with Professor John Nolon, another ICMA honorary member. She maintains a land use blog and is editor of a land use and zoning law reporter with wide circulation. She has spoken at countless local, regional, and statewide conferences and workshops and has lectured on and become involved with numerous efforts to increase resident participation in the formulation of land use plans and regulations, including training at the Land Use Law Center at Pace University Law School.

To recognize these and other contributions, Provost Salkin is awarded honorary membership in ICMA.