The Jewish Law Institute organizes conferences that focus on a wide range of subjects of interest to Jewish legal scholars and Jewish lawyers, as well as the broader legal academy, the practicing bar, and the Jewish community.

The Life and Work of Robert M. Cover Conference 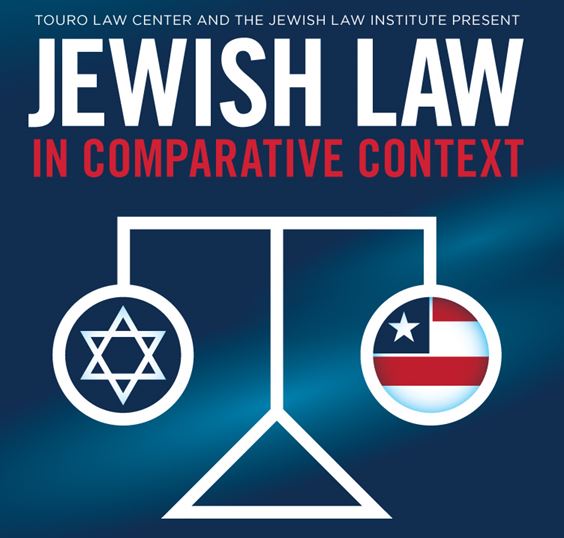 On September 14, 2020, the Jewish Law Institute hosted a virtual conference, "Jewish Law in Comparative Context." The all-day conference featured prominent scholars from around the United States and Israel, who addressed areas of comparison between Jewish law and other legal systems. Among other themes, the conference focused on issues of disability rights and inclusion in Jewish and American law.

On April 1, 2019, Touro Law Center, Touro Law Review, and the Jewish Law Institute hosted a national conference, "Jewish Law and American Law: A Comparative Study." The conference proceedings included presentations by leading scholars from across the United States and Israel, exploring a variety of areas within the two legal systems. Among other topics, speakers addressed substantive areas of law, legal practice and scholarship, law and equity, and philosophical and policy considerations. Papers from the conference will be published in a special issue of the Touro Law Review. 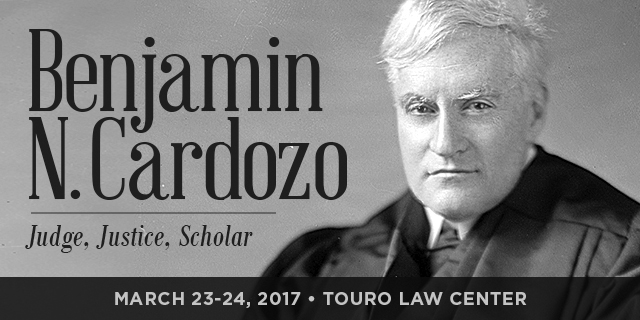 On March 31-April 1, 2016, Touro Law Center and the Jewish Law Institute hosted a national conference, Louis D. Brandeis: An Interdisciplinary Retrospective. More than thirty judges, lawyers, and scholars, representing a broad range of disciplines and hailing from around the United States, will explore topics that include, among others: Brandeis's groundbreaking work as a lawyer and a scholar; his commitment to his Jewish heritage; his historic appointment to the Supreme Court nearly one hundred years ago; and his jurisprudence on the Court.
Speakers included The Honorable Kermit Lipez, United States Court of Appeals for the First Circuit; Lance Liebman, former Dean of Columbia Law School and former Director of the American Law Institute; Kenneth Elzinga, Robert C. Taylor Chair in Economics at the University of Virginia; Hasia Diner, Paul S. and Sylvia Steinberg Professor of American Jewish History and Director of the Goldstein-Goren Center for American Jewish History at New York University; and Fred Lawrence, former President of Brandeis University.

The Conference on Religious Legal Theory 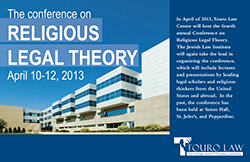 In April of 2013, Touro Law Center hosted the fourth annual Conference on Religious Legal Theory. The Jewish Law Institute again took the lead in organizing the conference, which included lectures and presentations by leading legal scholars and religious thinkers from the United States and abroad. In the past, the conference had been held at Seton Hall, St. John’s, and Pepperdine.

May 2-4, 2012
In May of 2012, the Jewish Law Institute took a leading role in organizing the biennial Conference of Religiously Affiliated Law Schools, hosted at Touro Law Center. In the past, the conference had been held at law schools across the United States, including Notre Dame, Boston College, Baylor, Pepperdine, St. John’s, Regent, Marquette, and Brigham Young University. The Touro conference marked the first time the conference was hosted at a university with a Jewish affiliation. The speakers at the Touro conference included prominent judges and lawyers, university presidents, and leading legal scholars, representing a wide variety of institutions and religious traditions.
Conference Program
The Conference of Religiously Affiliated Law Schools Conference Schedule
Photos